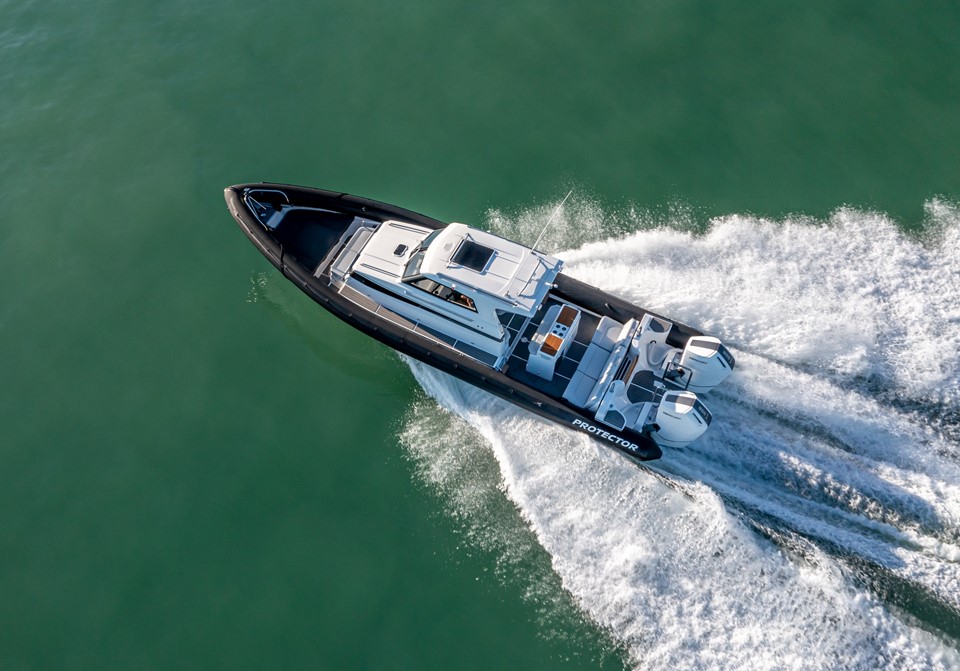 Rayglass has just released a custom Protector 410 Targa fitted with twin Mercury V12 Verados. These brand new engines are the first production outboards to ever feature a V12 - they are also Mercury’s most powerful production engine of all time, and the most powerful engines ever to be fitted on an RIB vessel.

Each engine boasts a massive 7.6-litre displacement and 600 horsepower, giving the vessel a total of 1,200 hp. For context, that’s more power than the Aston Martin Valkyrie, a $5.18 million hyper car.

The engines weigh roughly twice the amount of the usual 450-horsepower Mercury units (around half a tonne each), so we had to modify the vessel’s transom to ensure it was structurally strong to handle their weight and the massive torque that they produce.

The result is one of the world’s most capable all-water vessels, combining the unmatched power of the Verado V12 engines with the Protector’s world leading capability, safety and handling. 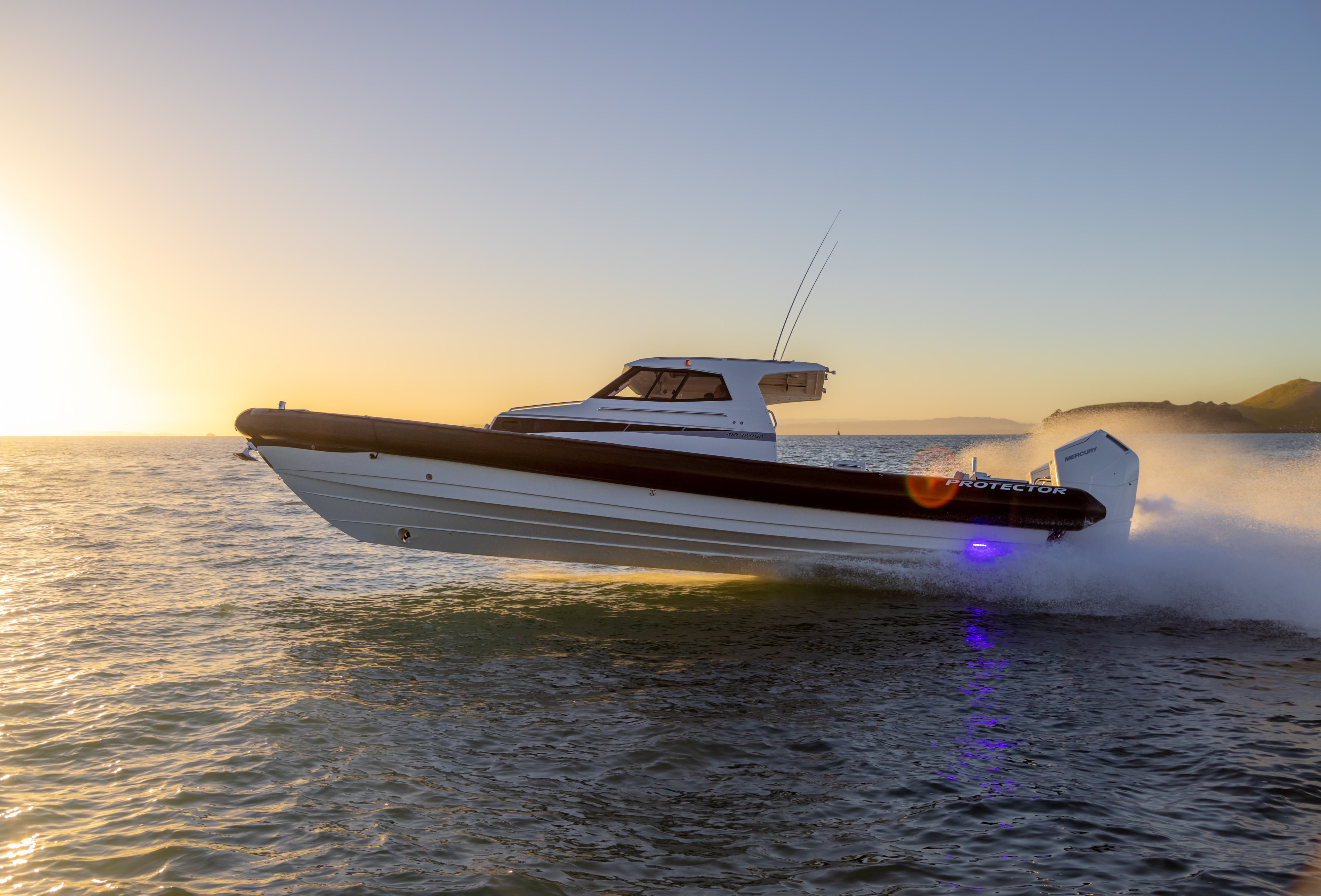 These outboards also feature a number of innovations that improve ride quality, efficiency and performance of the vessel, or in the words of Mercury:

“Reimagine the way that horsepower meets the water.”

Chris Drees, Mercury Marine president says this outboard will change the industry and deliver an experience unlike any other:

“The V12 Verado outboard delivers boaters unrivalled freedom, luxury and power to pursue their passions on the water. This is a remarkable engine that will change the future of boating.” 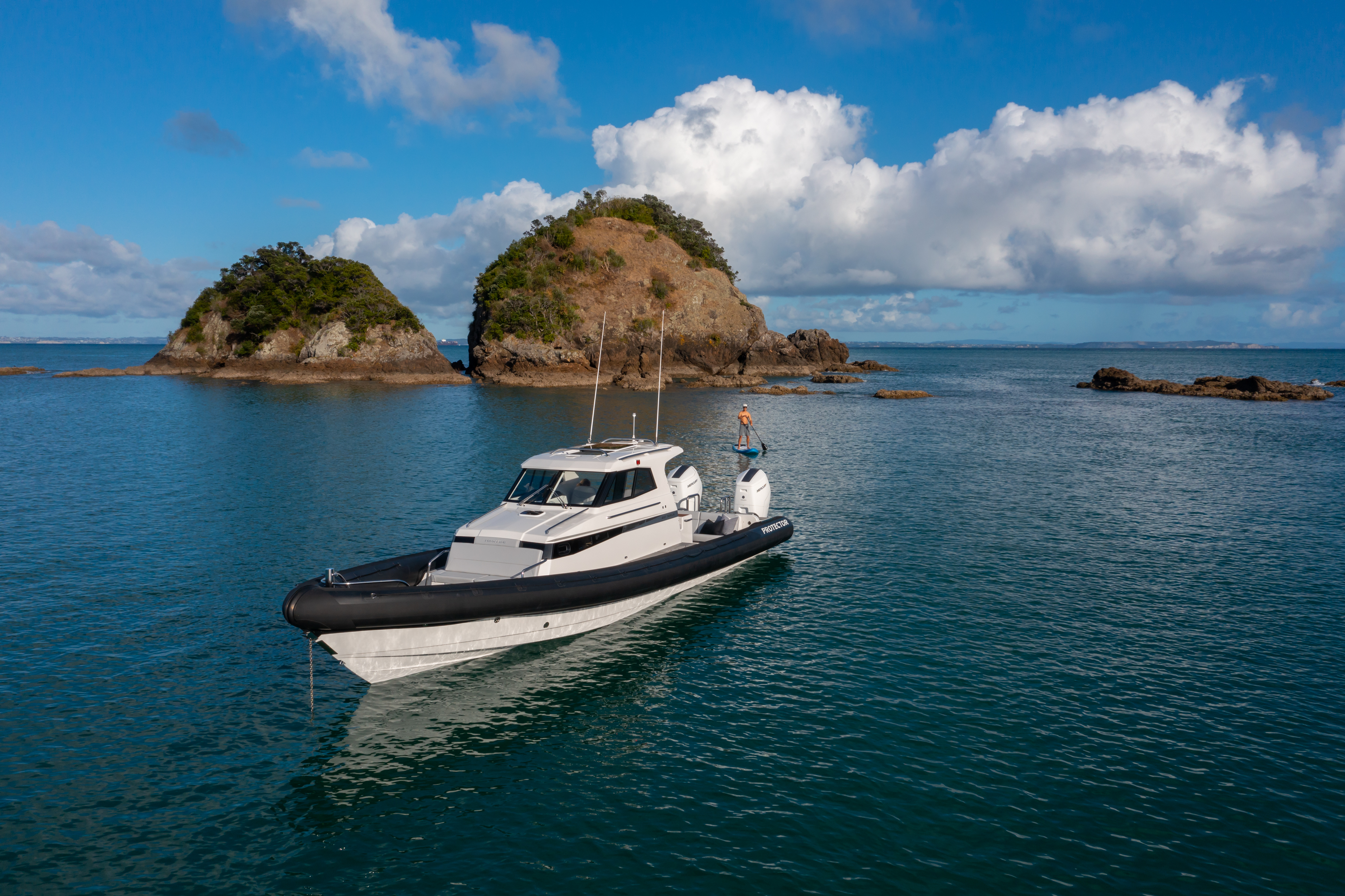 Further forward in the vessel, we’ve added more custom additions. There’s a 2-3 pax undercover perch seat, which provides a comfortable ride in any weather - as well as new magnetic teak lids and a recessed barbeque.

The displays include a E700 Multi-Function display and a Smartshunt battery monitor. The E700 is one of lxnav’s most advanced displays, featuring engine monitoring, built-in WiFi, battery data and one-touch anchor alarm. This makes operating and monitoring your vessel as stress-free and easy as possible.

Rayglass CEO Dave Larsen is one of a handful of people who’s been behind the wheel of this new vessel. He says it’s unlike anything he’s ever experienced:

“We wanted to build a boat that could outperform everything on the water - this is the result. A combination of smart engine technology and the advanced hull gives the vessel incredibly responsive handling. Meanwhile the 1200 hp of the twin engines means it has the acceleration and speed of a supercar on the water.”