Here at Rayglass we’ve built a few over the top, ridiculously high spec’d vessels in our time but nothing comes close to our latest creation. This Custom Protector Targa 410 is the first vessel in New Zealand to feature the world’s first production V12 outboard - the Mercury Verado.

Along with fitting two of the most advanced and powerful outboard engines ever created, we added a number of custom additions to the vessel, from triple multi-function screens, to a recessed barbeque.

Want to take a look? Let us take you on a tour of the highest performing vessel Rayglass has ever released.

We’ve never seen an engine like the Mercury Verado V12. These beasts produce 600 horsepower with a 7.6 litre displacement to get large vessels on the plane in seconds and provide responsive acceleration at every speed.

They also feature a range of technological innovations that increase their efficiency, making them easier to use and quieter to run. That includes:

Despite all those headline specs one of the things we love most about these engines is that they’re surprisingly quiet. Turns out their cowls have been specifically designed to cut engine noise and give a quiet, peaceful ride. 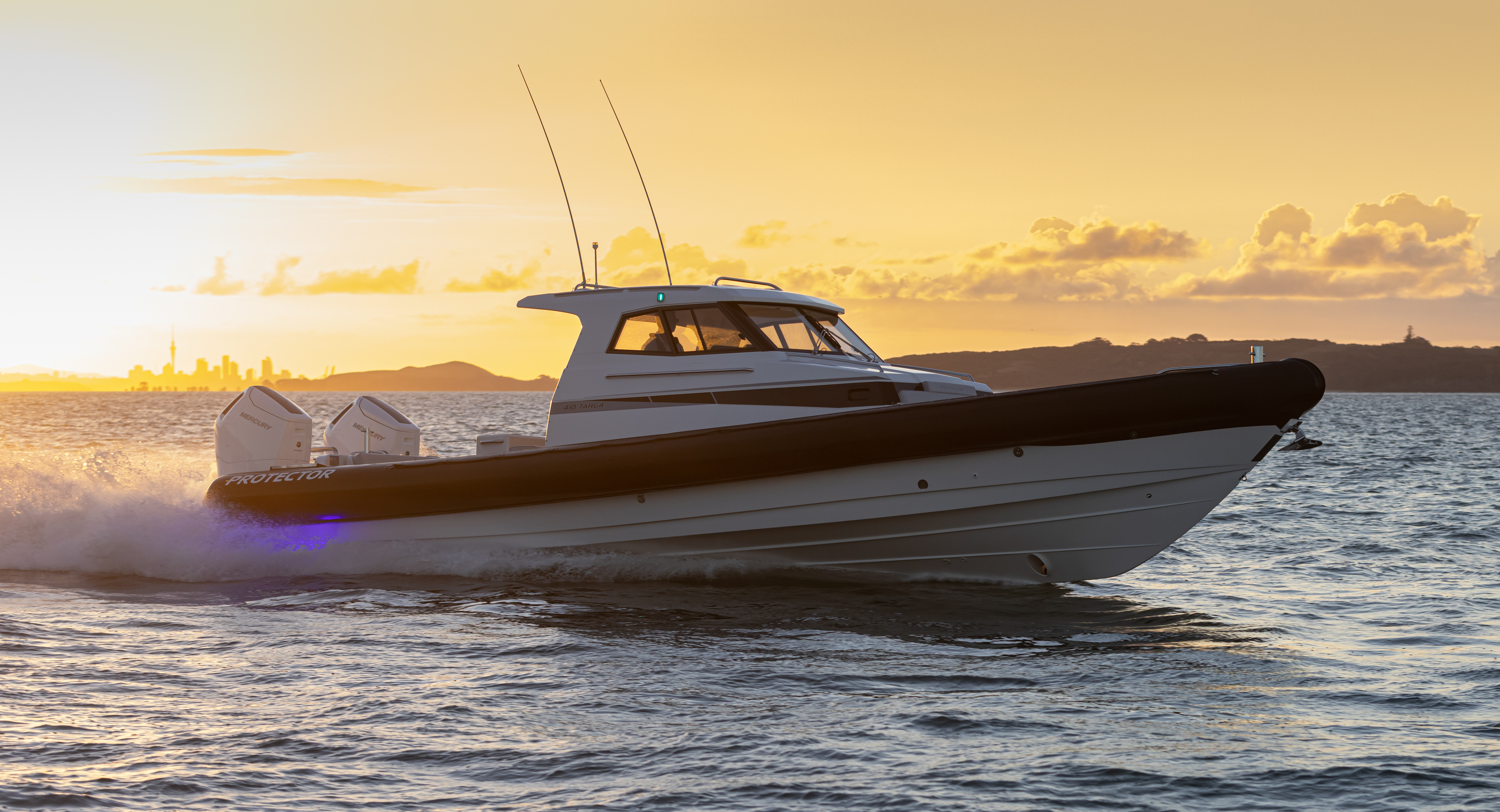 The future of boating

Chris Drees, Mercury Marine’s president says this is an outboard that will change the future of boating:

“The V12 Verado outboard delivers everything boaters want and more in a high-horsepower outboard. This engine makes boats easy to manoeuvre near the dock and provides superior handling at all speeds.”

“It’s incredibly fuel efficient, so boaters can go farther and stay out longer. It’s so smooth and quiet that you can have a conversation while the engines are running.”

“It’s durable, reliable and easy to maintain. There's Nothing else like the V12 Verado in the marketplace today.” 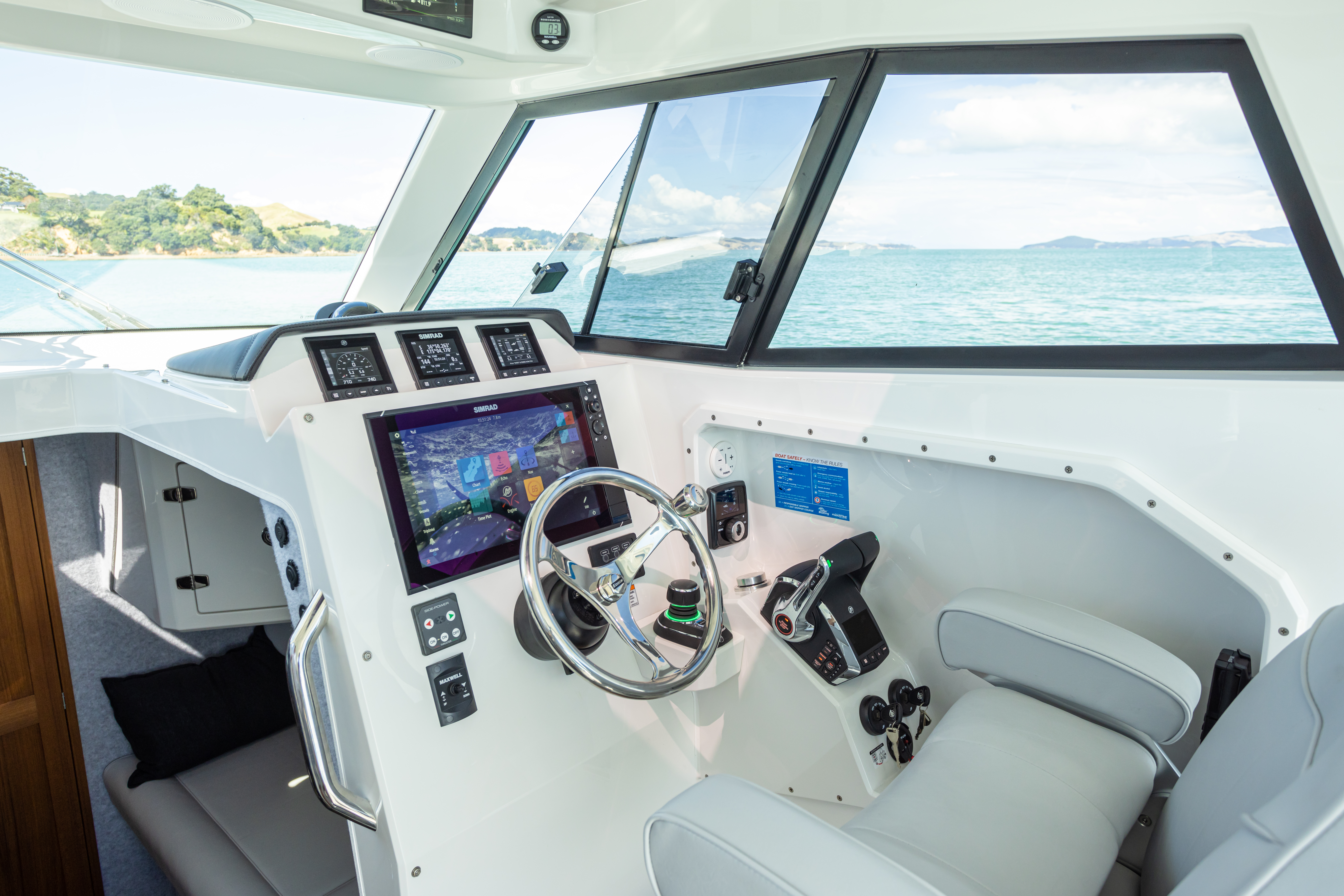 The new Mercury Verado V12 weighs around 500 kgs - almost double the next model down. Because of its gigantic size and weight we had to make minor modifications to the vessel to maintain it's huge walk-through transom.

“It’s got super car-like acceleration in the water, and the most responsive handling we’ve ever experienced,” Says Rayglass CEO, Dave Larsen.

“The combination of the Mercury Verado V12 and the Protector Targa 410 is unreal. This is the ultimate luxury performance vessel - there’s else nothing like it on the water.”

We’re not surprised that Dave gets a little excited when talking about the new vessel. On his first trip out him and the Rayglass crew managed to hit 60 knots safely and easily - although the engines are rated for up to 80. 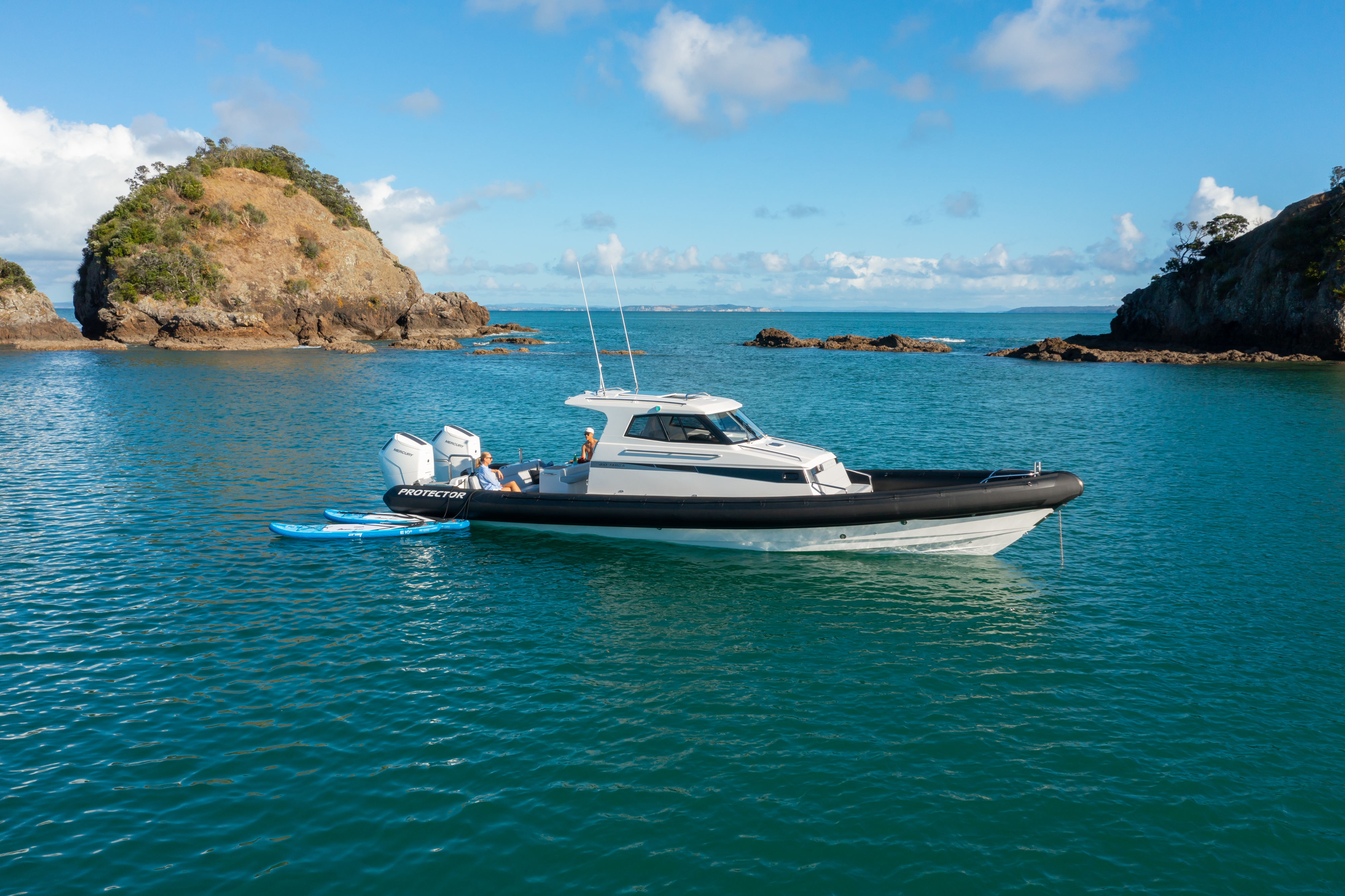 The vessel also features a range of custom additions and new technology that improve its performance and ride quality.

There’s a 2-3 pax undercover perch seat, which provides a comfortable ride in any weather - as well as new magnetic teak lids, recessed barbeque and redesigned windows.

The displays include a E700 Multi-Function display and a Smartshunt battery monitor. The E700 is one of lxnav’s most advanced displays, featuring engine monitoring, built in WiFi, battery data and one-touch anchor alarm. This makes operating and monitoring your vessel as stress-free and easy as possible with no unneeded alarms or empty data screens.

“We wanted to build a boat that could outperform everything on the water and provide the ultimate boating experience. This is the result - performance and luxury in one,” Dave said.

Keen to come in and see our new pride and joy in person? Get in touch to arrange a viewing or drop by our Mt Wellington HQ.

Mahi is an old 5.5m Protector that needed a lot of love. Hear the story of her restoration and find out why this was one of the Rayglass team’s fav...

Rayglass has almost finished our biggest project yet - refitting 22 Protectors to be employed as Coastguard vessels. We chatted to Tim Tsoumas abou...

From render to reality: Building a custom Protector 410 Chase

We recently built a custom Protector 410 chase as a tender for a Swedish superchat. Take a look at our build process, from render to reality.