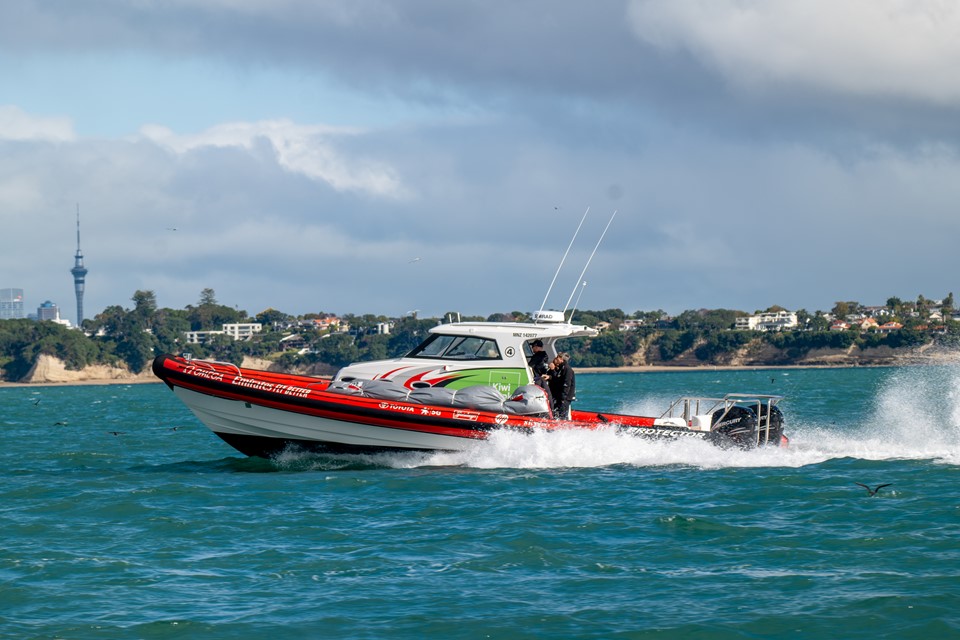 In June 2021 Rayglass’ premium restoration team, led by Tim Tsoumas, started an epic project. In just 14 months they would strip and refit 22 Protectors, transforming them from America’s Cup chase boats into rescue vessels for Coastguard units around the country.

In late August 2022 Tim and the team finished their 21st boat - a 12.5m Protector 410 Targa called ‘Te Awarua Rescue’ named after the Taniwha of the Porirua Harbour soon to be delivered to Coastguard Mana on the West Coast of the bottom of the North Island. On the eve of starting the 22nd and final vessel, we chatted to Tim to learn more about this once in a lifetime project. 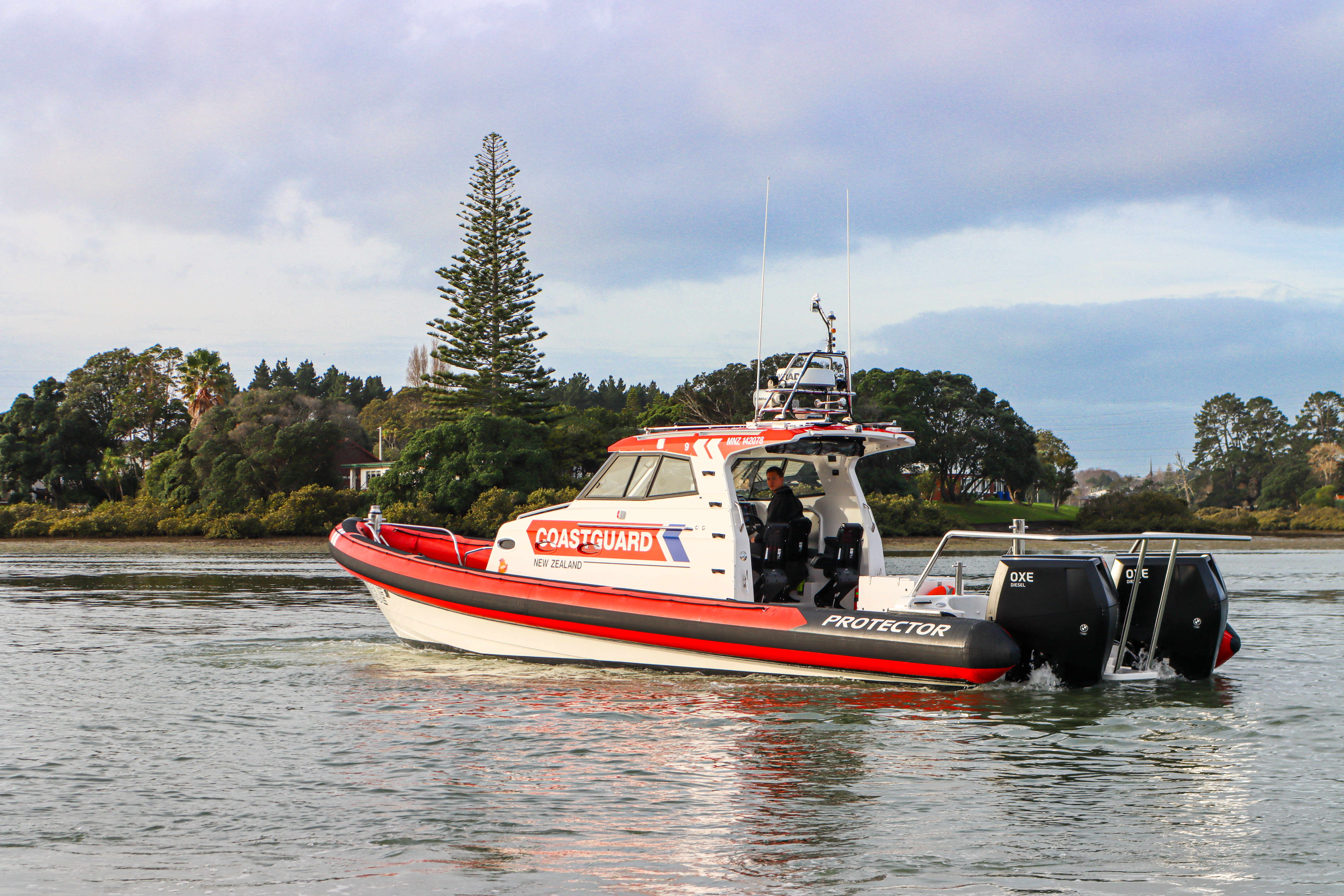 After fully refurbishing 21 vessels, Tim says that every boat’s still a little different and exciting:

“The big difference with the Te Awarua Rescue rescue vessel was fitting the OXE 300 6 cylinder turbo motors. These are basically BMW X5 3 litre bi-turbo diesel engines, built by OXE out of Sweden.” 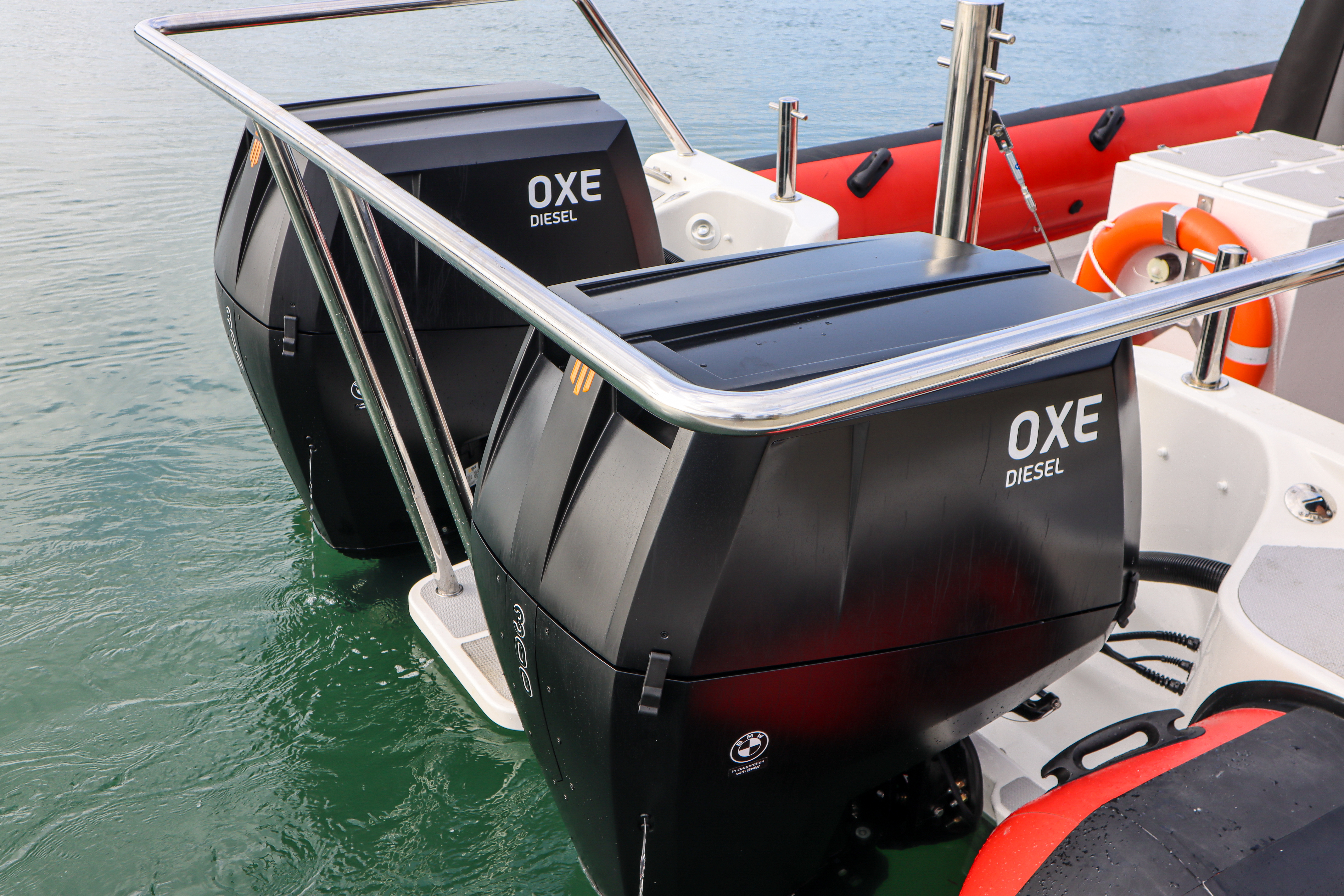 A tough vessel for tough conditions

Rayglass Protectors are built to thrive in the toughest conditions and Te Awarua Rescue is no exception. Tim says it’s a good thing they are because the Coastguard volunteers are often heading out when boaties are heading home:

“These volunteer crew regularly go out in some seriously big swells to get Kiwis home safely. They're just an incredible bunch of humans for what they give and do."

“To give you an idea of how rough it gets Te Awarua Rescue has extra handrails loaded round the cabin top with a strut along the bottom so that they can connect a harness to stop them going overboard.” 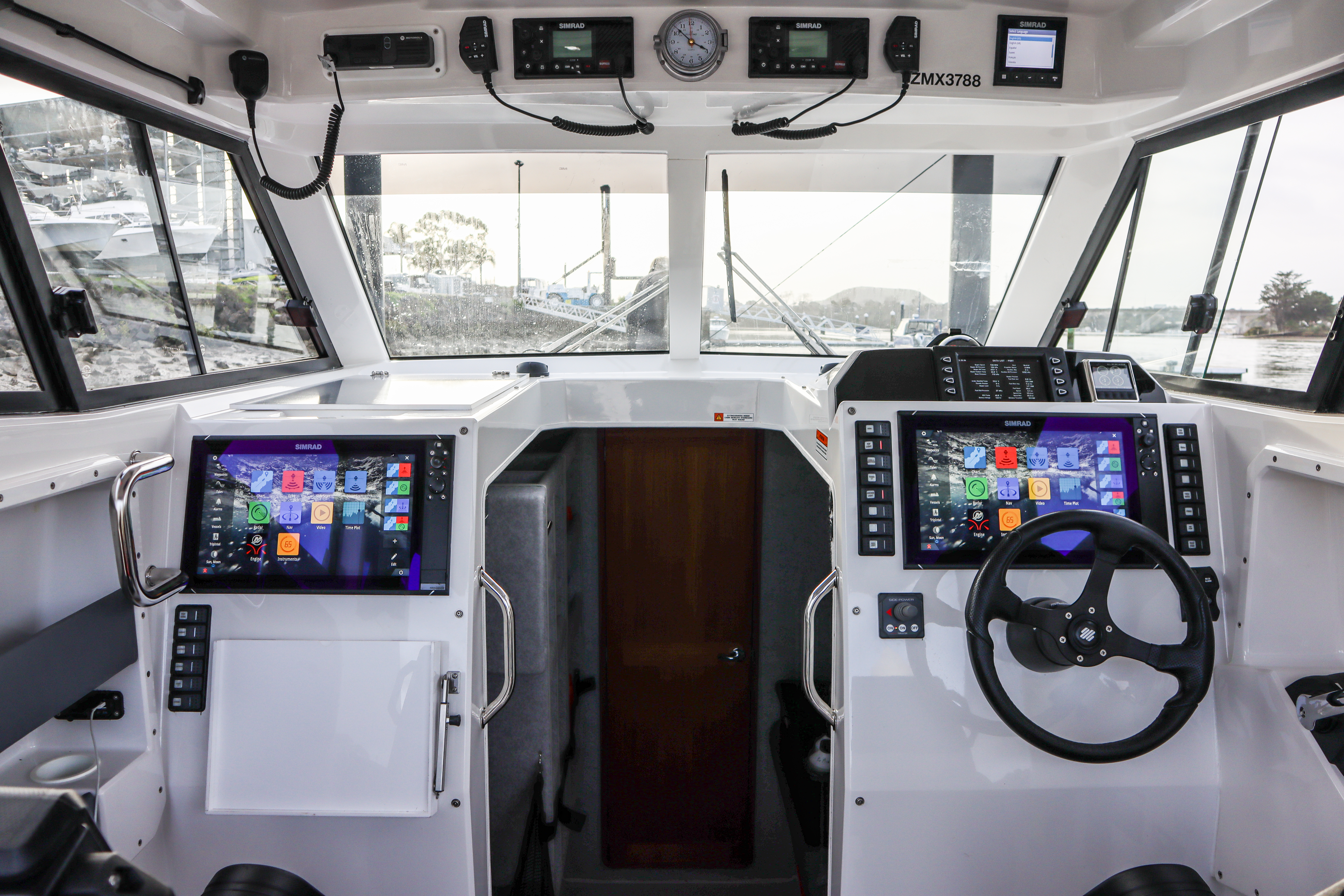 So far the Rayglass Premium Restoration team have put in about 6,500 hours of work on the first 21 boats or around 260 hours per boat. Tim says it’s a huge job:

“Mate, I’m humbled by it - it’s a massive undertaking The work that’s gone into these boats, is mind boggling.”

“We did them in batches of four and we’d drop them all off then pick up four more and bring them back to the workshop and start again.”

One legend at Rayglass, spent 60 hours on each boat just sitting in a cabin on a cushion rewiring. But despite all that work it’s been worth it:

“It’s been awesome to show up at work and have four massive Protectors looking at you needing work. These boats are nationwide and it’s so rewarding to see them out there on the water helping Kiwis.”

Tim adds that the success of the project is mostly down to the awesome team he’s got helping him at Rayglass - and the fact that they’re building high-quality vessels:

“I’m lucky to have my crew and Rayglass should be proud to have these guys working for them.”

“It’s been very rewarding completing such an epic project. It’s a good product we’ve got, I guarantee nothing would outrun one of these!” 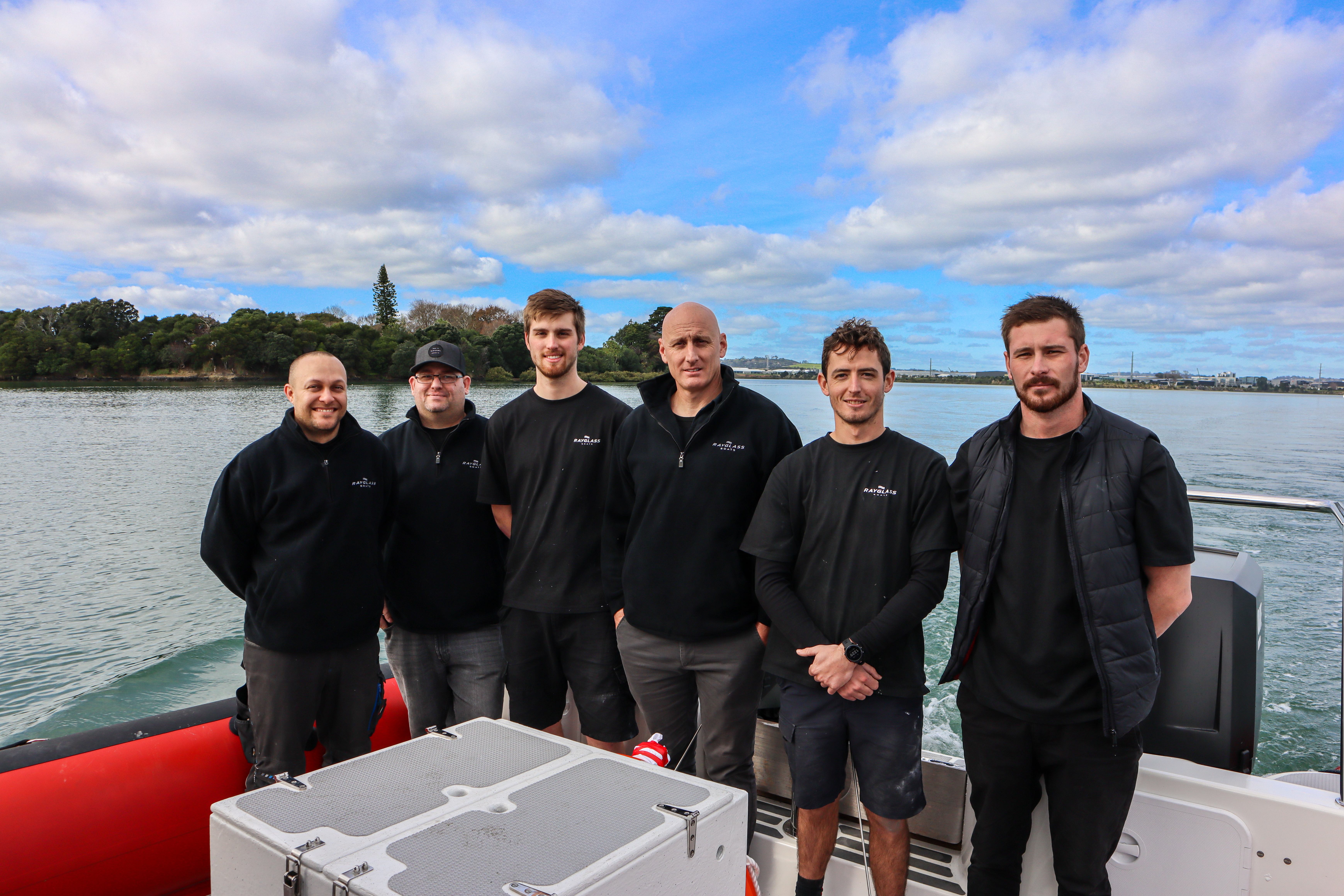 Mahi is an old 5.5m Protector that needed a lot of love. Hear the story of her restoration and find out why this was one of the Rayglass team’s fav...

From render to reality: Building a custom Protector 410 Chase

We recently built a custom Protector 410 chase as a tender for a Swedish superchat. Take a look at our build process, from render to reality.

Rayglass has just fitted two of the world’s first V12 outboard engines onto a custom Rayglass Protector Targa 410. Let us take you on a tour of thi...